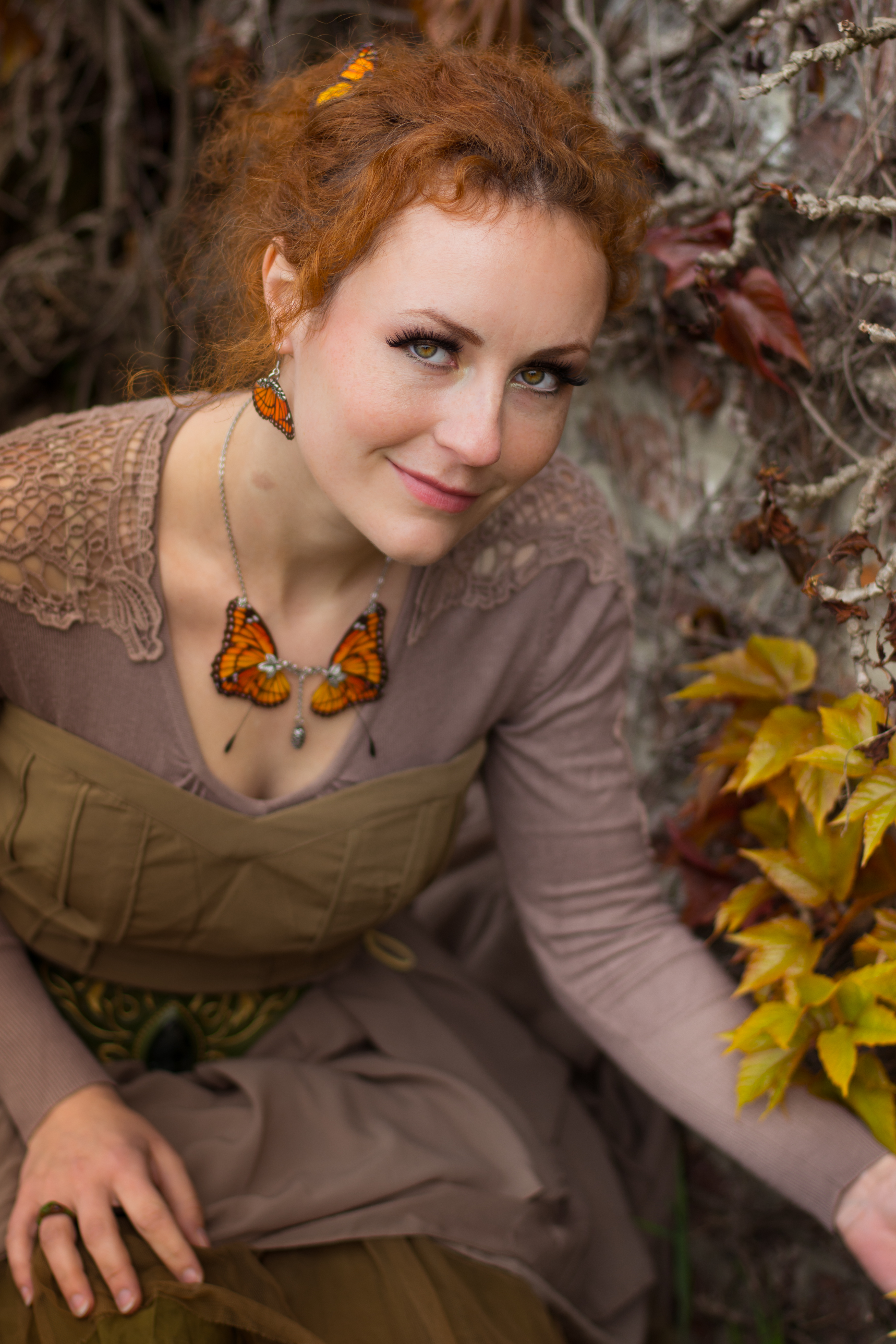 My name is Anne-Julie and I am the Creator of Melledenevers.

It all started at my youngest age when I was still a baby. I only wanted to be worn by women wearing jewelry...mostly to see and touch their jewelry. I was bewitched by these shiny and refined little things. This budding passion for jewelry, I wanted to create it with everything I found: paperclips, branches, beads of all kinds, pebbles, seeds... and also with the flowers I took from my garden... but I didn't want to understand that they could fade despite my mother's long explanations. I was fascinated by nature and the discovery of the Fantastic world opened new doors of imagination to which I dedicate my work.

Divided between my two passions: Jewelery and Singing (opera and musical comedy), I undertake singing studies while following internships in jewelery in order to be able to materialize the creations that I had imagined and drawn.

Melledenevers was born in 2013 and there begins a crazy adventure rich in emotions, creations, encounters and fulfillment both professionally and personally.